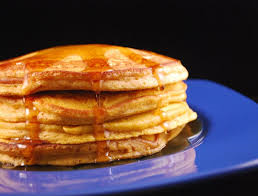 
In ancient times, cooks would drop gruel on a hot rock and make thin cakes. The Romans call them Alita Docia, Latin for  ‘another sweet.’  The ingredients were milk, eggs, and flour and sometimes added bits of fruit, honey, cheese, or meat were added before frying.


Cornmeal, buckwheat, and potatoes were used during medieval times. These cakes were made on baking stones and hearths.


Pancakes 3-4 inches in diameter are at least 500 years old and are mentioned in Shakespeare’s, All’s Well That Ends Well and As You Like It.


During the 1700’s the Dutch popularized the buckwheat cake. It was called a hoe cake because it was cooked via flat hoe blades.


In America, the Native Americans had a version called ‘nokechick (no cake). In the colony of Rhode Island Native Americans taught colonial settlers to use Naraganset maize to make griddle cakes. These cornmeal pancakes became known as Johnnycakes or ‘Indian cakes.’


Our modern version of the pancake comes from a Scotish cake which used baking powder, flour, buttermilk and eggs.


Pancakes, Griddle cakes, Johnnycakes, Hot cakes, Flapjacks, what are they called in your house? 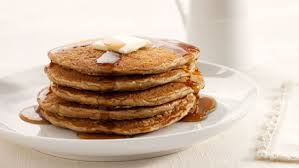 
Dissolve yeast and sugar in lukewarm liquid. Add lard or butter, then flour gradually, the eggs well-beaten, and salt. Beat thoroughly until batter is smooth. Cover and set aside for about one hour, in a warm place, free from draft, to rise.  When light, stir well and bake on hot griddle.


If wanted for overnight, use one-fourth cake of yeast and an extra half teaspoonful salt. Cover and keep in a cool place.


Note. All batter cakes are better baked on an ungreased griddle, as they rise and keep their shape, and do not follow the grease. You will be rid of the disagreeable smoke and the odor of burning fat. Your griddle need not necessarily be of soapstone. If you have an old griddle and clean it thoroughly, being sure to remove all burned fat or batter, it can be used the above way.


-- This is a Griddle Cake Recipe from a 1910 booklet put out by Fleischmann. 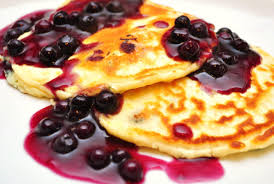 
Mix and sift flour, salt and soda; add sour milk, and egg well beaten. Drop by spoonfuls on a greased hot griddle; cook on one side.  When puffed, full of bubbles, and cooked on edges, turn, and cook other side. Serve with butter and maple syrup.


“One pint cornmeal, one teaspoon salt, one of soda. Pour on boiling water until a little thinner than mush. Let it stand until cool. Add yolks of three eggs, one-half cup of flour, into which two teaspoons cream tartar are mixed. Stir in as much sweet milk as will make batter suitable to bake, beat whites, and add just before baking.”  First Baptist Church, Tried and True, 48


--From Food on the Frontier, Minnesota Cooking From 1850-1900 with selected recipes, by Marjorie Kreidberg


In my latest novel,  A Tarnished Knight ,the heroine, Victoria never learned to cook. Here is a scene where she tried to make pancakes for the hero, Ryder.
The acrid bite of smoke filled his lungs. He awoke coughing. Fire! Gray haze filled the cabin, and he jumped from the bed, wincing against the pain in his side.


“Tori?” He croaked between coughs.


“I’m sorry,” she called from across the room.
Now that his initial burst of panic had ebbed, he noticed the front door and windows stood wide open as though welcoming the night. Fortunately he’d hinged the glass for each window in two panels so they could swing out. Piles of burnt flapjacks littered the table in the glow of the lanterns, and a pan heaped with more still smoldering pancakes sat on top of the stove.


A large quantity of flour lay spilled near the cupboard like a snowdrift across the floor. The dogs


snuffled around inside, leaving trails of white footprints everywhere.


He strode toward her, but his socks slid in the flour like he was on ice, sending his feet in opposite directions. He grabbed the edge of the table to keep from landing on his ass.


Towel in hand, Victoria waved the smoke toward the darkness beyond the window as if she were shooing flies from a pie.


With mincing steps, he reached the stove and turned the lever on the pipe at the back. “Why is the damper closed?”


“I’m sorry; I must have turned it the wrong way.”


Caught between dismay and amusement, he shook his head. He leaned to check inside the oven; it was empty. “What the hell is all this?” He gestured to the blackened flapjacks.


She turned to face him, twisting the towel with her hands. “I added water to the pot of stew, because it was sticking to the bottom of the pot, but I added too much, so I tried to mix in flour the way you did. I must have done it wrong, because it turned out thicker than paste.”


He lifted the lid on the pot and laughed aloud at the spoon sticking straight up from the center of the congealed glob of stew.


“I wanted to make you something else. You haven’t eaten.”


“But they’re burnt!” She heaved a shaky sigh that seemed to border on tears.


“The first ones were too runny, and I couldn’t flip them, so I added more flour. Then they came out too thick, and when I cut them open raw dough oozed out. When they kept burning, I made more, and the cabin filled up with smoke so I opened the door, and the dogs came in.


“I tried to chase them out, but they thought it was a game, and they raced around the table and knocked over the flour.”


He gazed around the room, amazed he could have slept through all this.


“And I’m sorry.” Tears spilled down her cheeks. She turned in a small circle. “I’ll clean it up, I promise.”


She looked up at him, and he laughed. It hurt his ribs, but he couldn’t help himself. His princess stood in the center of this chaos, her blonde hair hanging in disheveled strands around her face, her clothes dusted with flour and spattered with dried batter, and she never looked more beautiful.